The hamlet of Shepherds Flat, several hilly kilometres past Hepburn Springs, has been home to five generations of the Tinetti family. This small township has a unique connection with Australian cricket. 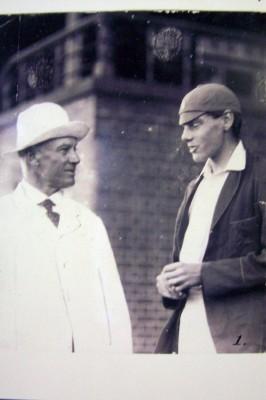 Records dating back to the goldrush days show that the colonial sport of cricket was played intermittently on Tinetti's hill. The cricketing connection was firmly entrenched by the Crockett family just after the turn of the century. It began with the 1902 MCG Test Match between Australia and England. Test umpire Robert Crockett and English captain Archie MacLaren were casually chatting during a break in play. MacLaren was surprised that Australia did not cultivate its own bat willow and Crockett idly suggested that MacLaren should send some cuttings to Australia upon his return to the mother country.

Six months later the cuttings arrived sealed in a steel tube, but only one survived the heat of the equator. Crockett rushed this precious cutting to Shepherds Flat where it was nurtured by his younger brother James. From this single cutting grew thousands of willow trees at Shepherds Flat and the Crockett brand of bats became a household name amongst cricketers. 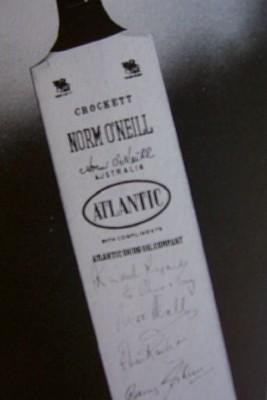 Australian cricketing greats Warwick Armstrong, Lindsay Hassett and Norman O'Neill all wielded the Crockett willow to great effect. In the 1960s the firm of R.M. Crockett & Son came under the control of the Slazenger Dunlop Group. The trees at Shepherds Flat were felled, except for a handful along the banks of the Jim Crow Creek that were saved by Aquilino Tinetti. 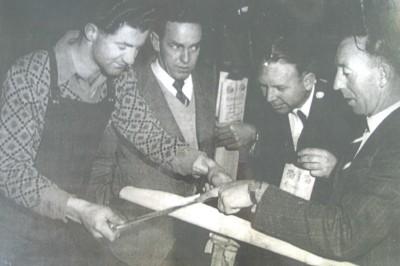 Aquilino Tinetti had a dream that one day Australian cricket bats would again be produced at Shepherds Flat. In recent years the Tinetti family have set about bringing this dream to fruition. They have been busy propagating and planting and the Shepherds Flat landscape is once again dotted with willow trees.

In 1999 the Tinetti family created Cricket Willow to share this unique story with others. Plenty of hard work transformed the rocky front paddock into a picturesque oval, complete with picket fence. The Pavilion is a recreation of the Shepherds Flat General Store and houses a museum, licensed café and billiard hall. A little further around the boundary is the Backward Point Bunkhouse and the Willow Grove. The boccé court is a tribute to the Tinetti's Swiss-Italian heritage and the training net with bowling machine gives youngsters a chance to hone their skills. 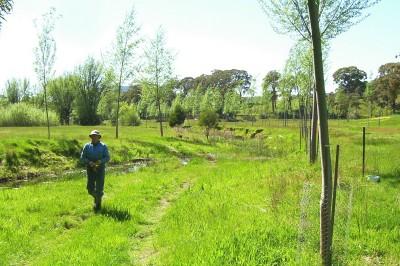 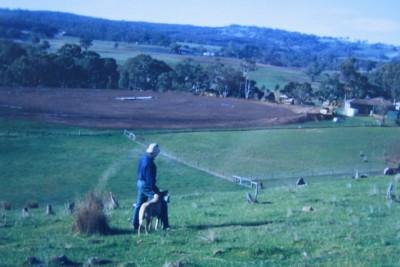 Further developments continue to evolve at Cricket Willow. The Tinetti bat factory has been recently refurbished and cricket bats are again being crafted by hand and eye at Shepherds Flat. Visitors can now tour the Cricket Gallery and witness the fascinating process from 'bud to bat'. 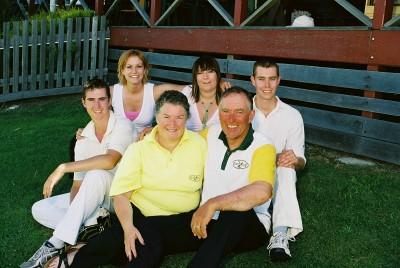